A strange creature races against time to make the most important and beautiful creation of his life. Find out what happens next in the sequel! 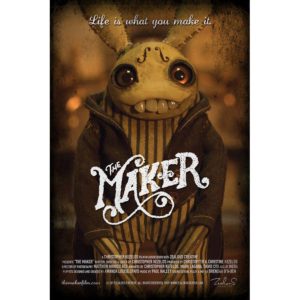 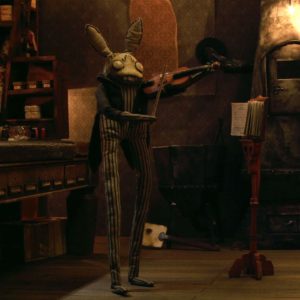 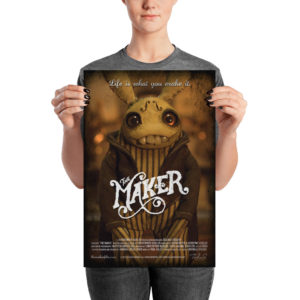 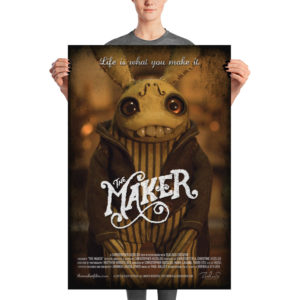 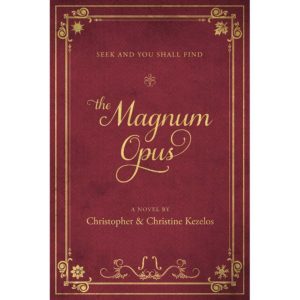 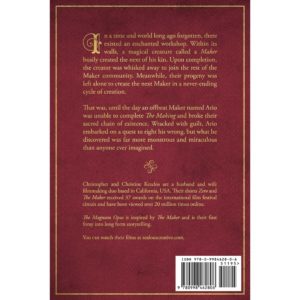 In 2010, film-making husband and wife duo Christopher and Christine Kezelos screened their first stop-motion animation called Zero in over 50 international film festivals, winning 15 awards. In 2011 their follow-up stop-motion short called The Maker has proven to be an even bigger hit.

The Maker is set in a fantasy world where a strange creature races against time to make the most important and beautiful creation of his life.

Director Christopher Kezelos says “The Maker explores the preciousness of our moments on earth, the short time we have with loved ones, and the enjoyment of one’s life’s work and purpose. In their fleeting existence, our characters experience joy, love, hard work, purpose, loss, and loneliness. As the tagline suggests, ‘life is what you make it’ and we are all makers in this world”.

The project was an international collaboration bringing together the same Australian production crew from Zero, with the addition of puppet designer Amanda Louise Spayd from Ohio, USA and post-production facility Monkey Hut from London, UK. Producer Christine Kezelos says “We used the Internet to pull together a team of people we really wanted to work with. As filmmaker’s, we’re no longer constrained by budgets and borders, only by how resourceful we can be”.

The Maker was inspired by one of Australia’s most popular and innovative composers of classical music, Paul Halley. Blending elements of traditional classical styles with a distinctive modern edge, his beautifully infectious composition  Winter, serves as the soundtrack for the entire film.

The Maker has screened at over 70 festivals and won 23 awards, including top honours at the Rhode Island International Film Festival, CFC Worldwide Short Film Festival, Sydney Film Festival and SICAF 2012.

Christopher and Christine Kezelos are based in California, USA and are currently developing a number of film and television projects. Click here for enquiries.

Under The Gun Review
“The Maker is a huge evolutionary leap in Kezelos’ prowess as a film maker, evident in its thought-provoking story line and gorgeous visuals, collectively a step or more above any of its competitors.”

Tribe Magazine
“The short film manages to enthrall its viewers from start to finish with its life affirming message and charming characters, The Maker presents us with a story guaranteed to tug at the heart strings, all of which is intensified further by the enchanting music; Winter by the classical Australian composer Paul Halley. ”

Short Of The Week
“The meticulous attention to details in production design make each shot a beautiful still. The film is so tightly put together that it’s a bit of shock to learn it’s the outcome of an internet-enabled collaboration across three continents. A production crew in Australia, a puppet designer in Ohio (Amanda Louise Spayd), and post-production in London.”

Skwigly Animation Magazine
“For the uninitiated, Christopher Kezelos is one of the most interesting and innovative stop-motion filmmakers to emerge from the last few years.”

I’m With Geek
“This is truly an incredible piece of film. In its short running time, it brings to mind works such as Frankenstein and visually films like Coraline and Donnie Darko.”